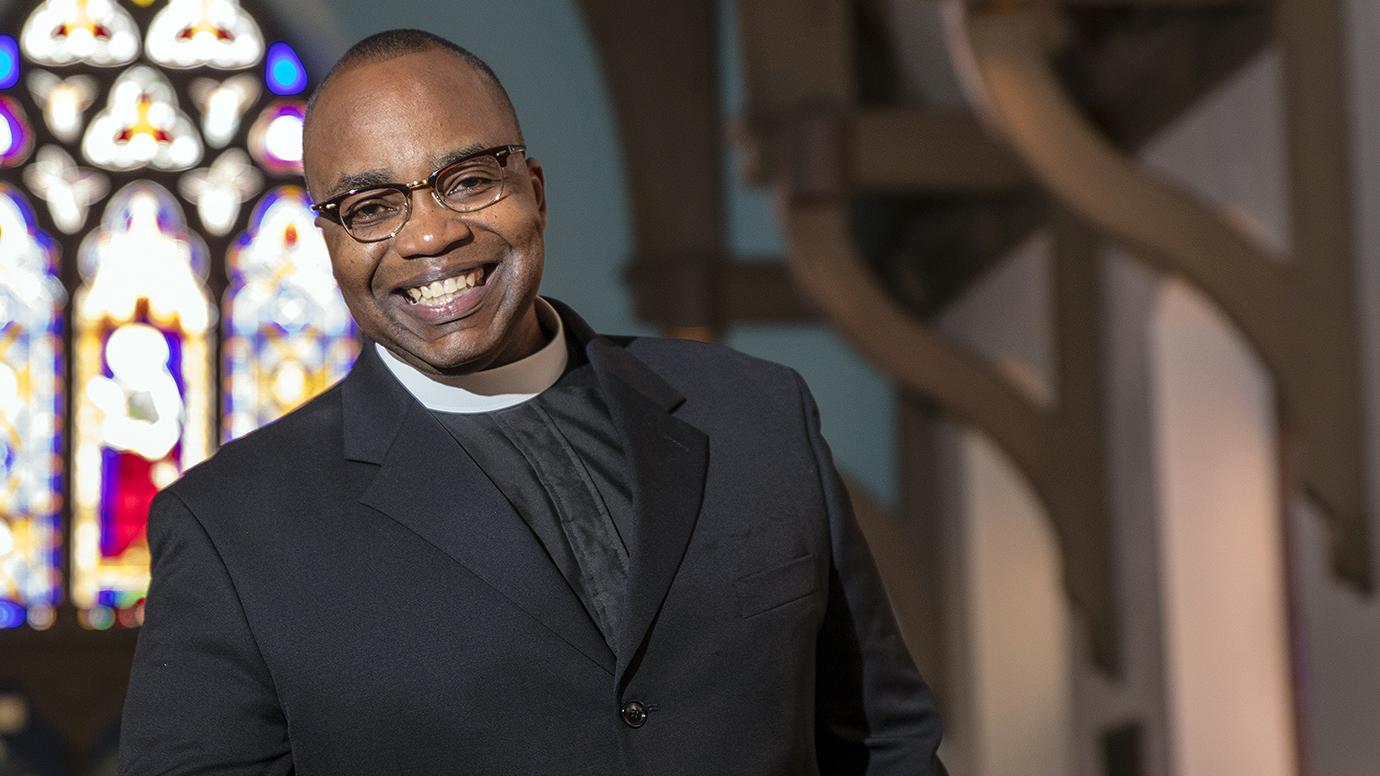 In my conversation with the Rev. D. Maurice Charles, the first African American chaplain at the University of Chicago, he shares how he was called to the ministry; his family heritage of slavery and survival; his scholarly work in religion and violence; why denying the existence of systemic bias is damaging to BIPOC and oppressed groups; how music and the arts help us process trauma; and why we should “treat others not only how we want to be treated, but how they want to be treated.”

2:33 – Dean Charles talks about his growing up in the church and how his family migrated from the Jim Crow South. How his family’s stories of slavery and survival and faith make up the story of his heritage.

5:12 – When and how Dean Charles was called to the ministry. His background in microbiology, psychology, and sociology. How he became a university chaplain. “Human beings are stranger than microbes.”

7:31 – What is a university chaplain? “Helping communities process trauma.”

11:05 – What it means to be the first African American chaplain at the University of Chicago. “Chicago is a challenging place to be a black male.”

18:18 – How Dean Charles’s childhood experiences of the turbulent 1960’s led to his scholarly work in religion and violence. “What is the religious response to violence? Can we reform policing?”

27:49 – [Music] presents an image to us of the kind of community that we’re striving for. It also names community pain.”

28:07 – “We need poets and musicians to help us name our reality.” How the arts help us process trauma.

28:54 – “We need artists and musicians now more than ever because there is a certain level of pain and rupture that defies prose.”

29:44 – On Rabbi Abraham Joshua Heschel’s essay, “The Vocation of the Cantor”: “Music has a shattering quality; it allows the soul to have an encounter with reality that is beyond what we have simply by mere cognition.”

31:32 – “You can be aware of the barriers to access and to advancement while at the same time being told by the people on the other side of those barriers that they don’t exist. It is absolutely crazy-making.”

31:47 – Death as the universal experience that allows entry into “intimate settings you wouldn’t normally be welcomed into” and how death breaks down barriers.

38:09 – “Oppression Olympics” and how “we act in this country like empathy is the only impetus toward moral action…you don’t have to feel what some else feels to do the right thing.”

43:25 – “We act in this country like empathy is the only impetus toward moral action. You don’t have to feel what someone else feels to do the right thing.”

48:18 – “When things don’t make sense, we still resist because to resist absurdity is to live.” What Dean Charles does to counterbalance his own despair in these difficult times.

59: 35 – Dean Charles’s advice to his younger self: “Take your experience of the world seriously. It’s valuable. It’s a gift to you and to those around you.”