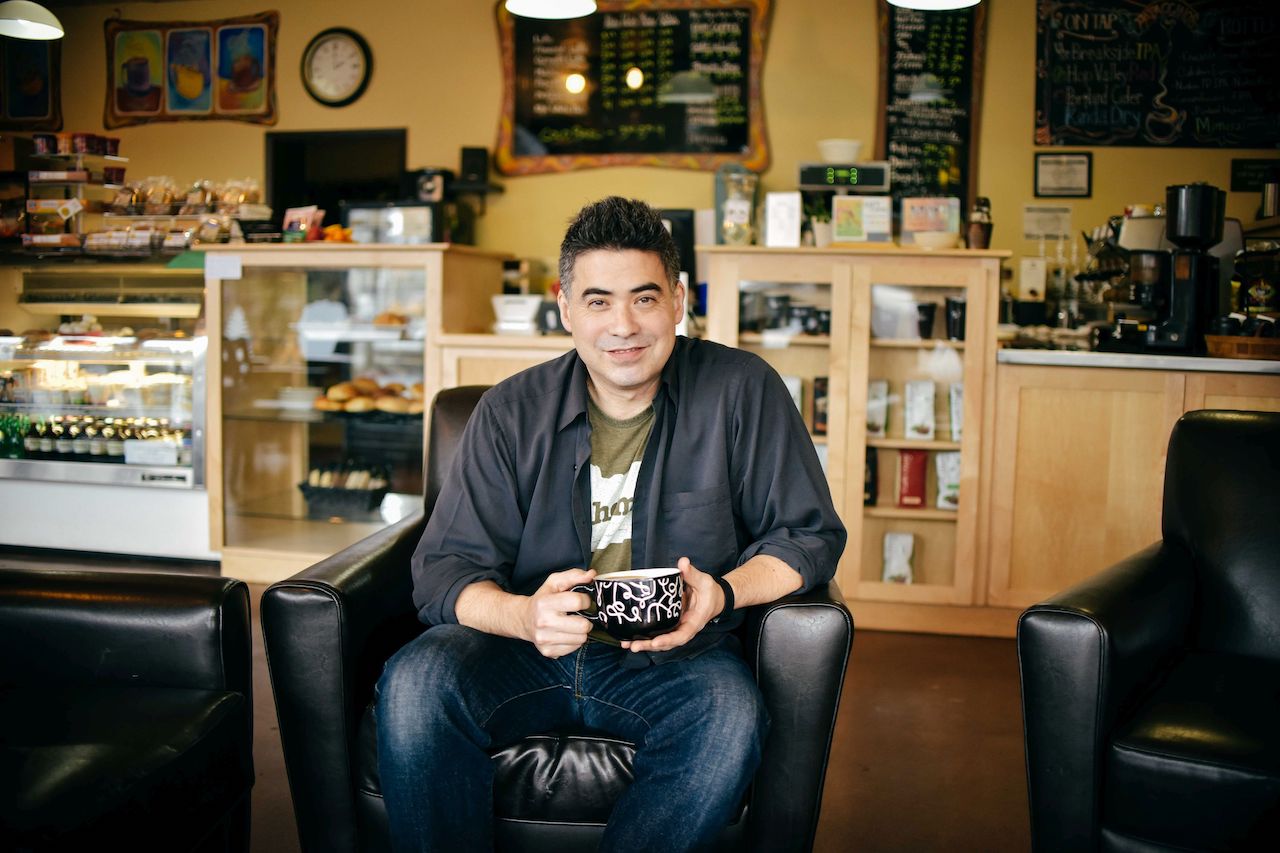 In my conversation with composer and musician Kenji Bunch, we discuss the value of listening to all music with respect and curiosity; why he draws parallels between his eclectic approach to music and classically trained food chefs; why improvising and playing in non-classical styles can be really difficult for classical musicians; what it was like to be a bi-racial Asian kid in the 1970’s; why giving ourselves permission to fail publicly leads to flexible musicianship and connection; and why improvising is like the movie, “The Matrix.”

BONUS: I’m thrilled to be playing violin on this episode, too: Kenji’s gorgeous 3 American Folk Hymn Settings for Two Violins with my friend, Taylor Morris in our band, Tricia & Taylor.

3:56 – How Kenji got started in music on violin and piano.

5:32 – How Kenji always had an “abstract notion” that he wanted to compose and how this led to his double major in Viola Performance and Composition at Juilliard.

6:49 – The creative aspect of music and how making his own music was always attached to Kenji’s musical consciousness and imagination.

9:22 – “We see a tendency in the classical world of sometimes dismissing the seriousness or value of non-classical or more commercial kinds of music.”

9:40 – “Even if it’s a pop song with three chords, a lot of people worked really hard on that song and took it very seriously….there’s something to learn from that amount of detail that’s put into a product.”

10:57 – Kenji’s “Neo-American” sensibility in his compositions and how he responds to critics.”It would seem less authentic to me to write music that sounds like I’m in Vienna in the 1920’s or if I only played music from Vienna in the 1820’s. That’s not the life I’m living and I don’t want to be disconnected…I’d rather embrace and draw inspiration from what’s going on around me.”

12:11 – Why Kenji draws parallels between his compositional style and chefs of the past twenty years who elevate comfort food and respond to multitudinous cuisines present in the culture.

13:01 – “I’ve never thought of myself as an innovator…[but] simply part of a long tradition…of composer who are influenced by what they are hearing around them.”

15:52 – “My mere existence was a creative risk, as a bi-racial Asian kid in the 1970’s.” How this experience of identity was “awkward” for Kenji but also liberating: “You’re already imperfect in the eyes of a lot of people, so the pressure is off.”

17:10 – “So much of it is giving ourselves permission to take those risks and to define ourselves, to call ourselves composers or composer-performers, or improvisers.

17:59 – What Kenji is doing to continue to grow and develop during quarantine. “The direction I was heading in as a musician has been accelerated because of this extra time.”

23:13 – “The paradox: there has to be a rigorous standard for the level of [classical] training and it’s very hard to put that in place and also leave room for creative expressions and taking risks.”

23:45 – “In the last twenty some years, the music world has changed more radically than it ever has, since [Juilliard] has been around.”

23:54 – Why “being willing to fail publicly” is the key to becoming a flexible musician. Kenji talks about Citigrass, his bluegrass band of fifteen years. “None of us actually knew how to play bluegrass…at one point we were paid not to play.” How failing publicly leads to the acquisition of new musical skills and language: “we couldn’t help but improve.”

26:57 – Why people assume classical musicians can play everything: “Classical players can play with a facility and virtuosity that’s very easily identifiable…and not only [do we assume that] you are a genius and do all these amazing things, you must also somehow be virtuous and noble.” The truth is classical musicians are just regular people and “the abilities they’ve attained have come at the expense of other experiences in theirs lives and it’s often a painful thing.”

31:31 – Kenji is the Artistic Director of Fear No Music, a new music group and music education organization in Portland, OR.

34:08 – Why Kenji would tell his younger self to “lighten up, have some fun, don’t worry….if you stick to what you really want to do, that’s the thing that [you] can contribute to the world that has the most value.” Why Kenji wishes the competitiveness of classical music training could be inverted to focusing on what each individual needs to be happy because “when you are comfortable in your own skin and doing something that makes you happy, that’s when you can start to contribute and do stuff that’s going to help other people.”