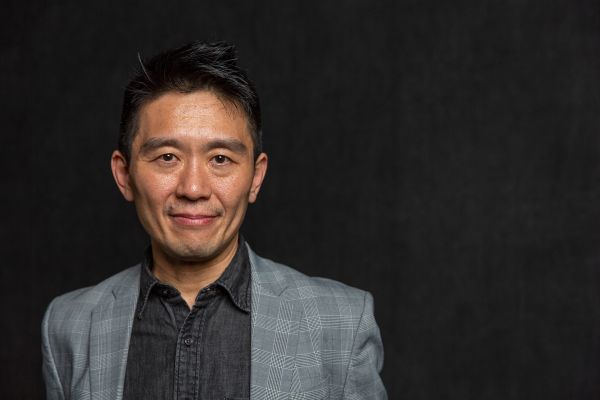 In my conversation with composer Byron Au Yong, we discuss his works, “Stuck Elevator,” “The Ones,” and “Activist Songbook,” a trilogy that addresses what Americans fear and ways out of oppression; why representation matters and the importance of figuring out alternatives to dominant systems that oppress people; the practice of small, daily activism; and why we need to write our own stories.

3:13 – The genesis of “Activist Songbook.” The murder of Vincent Chin as impetus for U.S. legislation against hate crimes.

5:12 – “‘Activist Songbook’ is the third in a trilogy of works where I’ve been addressing what Americans fear; ways out of oppression; and the central focus of these three works: an Asian male in America who receives media attention.”

6:03 – “Launched in 2017, ‘Activist Songbook’ was directly impacted by the election of Donald Trump and the increasing racism and xenophobia that have always been present in the U.S. but were further unleashed by Trump’s method’s of rhetoric…’Activist Songbook’ is a project to counteract hate and energize movements.”

8:20 – Byron talks about his musical (written with Aaron Jafferis), “Stuck Elevator,” about Ming Kuang Chen, an undocumented Chinese delivery man in New York City who was stuck in an elevator in the Bronx for 81 hours.

11:14 – Byron talks about his piece, “The Ones,” about the 2007 Virginia Tech shooting, the largest school mass shooting in the U.S.

19:32 – The need for collective action by marginalized groups in order to be heard. How do we broaden the classical music canon beyond music of dead, white, male, European composers?

21:48 – Byron talks about his song “We Are Leaders,” from “Activist Songbook,” written from an interview with Wei Chen (Asian Americans United, Civic Engagement Coordinator), who immigrated from China to the U.S. at age 16 and his experiences – alongside those of other Chinese and Vietnamese students – of bullying and violence in American high school.

22:48 – Why drag is important as related to visual representation. “Figuring out alternatives to dominant systems that oppress people.”

23:16 – The Japanese American elders who are still protesting because they were incarcerated as children in the Japanese internment camps in the U.S.

24:15 – Why representation matters. Byron talks about his realization that beyond Bruce Lee, he has no other Asian male artists or public figures to emulate. “I should be able to populate a wall with images of Asian male heroes.”

26:50 – The damages of justifying music under the label of “comfort, care, and bringing together.” “The arts are part of a different economy, a gift economy…capitalism debilitates.”

29:52 – “I believe activism happens in so many different ways.” The importance of “inner action and small actions, walking down the street.”

31:39 – The UceLi Quartet opens the Barcelona Opera house with a concert performed for plants.

33:33 – How the immigrant experience fosters both very high expectations and the ability to “make do.”

34:18 – “We learn from our experiences, especially the painful ones.” Why we can’t avoid going through our “shit” and how our “grand plans” become more flexible as we grow older.

35:30 – Why the “solitary artist” is BS and why we can’t create in isolation. “Music is made in ensemble. Art is created in community with other people.””Go into the forest with your friends and sing with the trees.”

36:48 – Why we have to write our own roles and stories. How classical music separates us from our whole humanity. Why classical music performers need to reclaim their agency.

38:57 – I voice my frustrations with micro aggressions and invisibility in white dominant culture. Also, some stories about online dating and white guys who “prefer” Asian women. *eyeroll*

43:35 – Why finding similar ideas in multiple authors is the “connecting thread.”

43:51 – Byron’s practice of keeping a quote book of autobiographies and biographies of composers. Shostakovich: “just try to reach one person.”

44:23 – Ronald Takaki, scholar who worked to rewrite American history to include Asian Americans. “Find gems that connect humanity…keep writing and know that those nuggets connect with other people….there’s room for ALL of it.”